In celebration of Hellboy's Arthurian adventure-themed in Hellboy: The Wild Hunt, Hellboy: The Storm, and Hellboy: The Fury, Funko has released a special figure of the half-demon anti-hero bearing the sword of his ancestor King Arthur. The figure can be purchased online at Amazon.

The original solicitation can be accessed at https://www.previewsworld.com/Catalog/JUN178581. 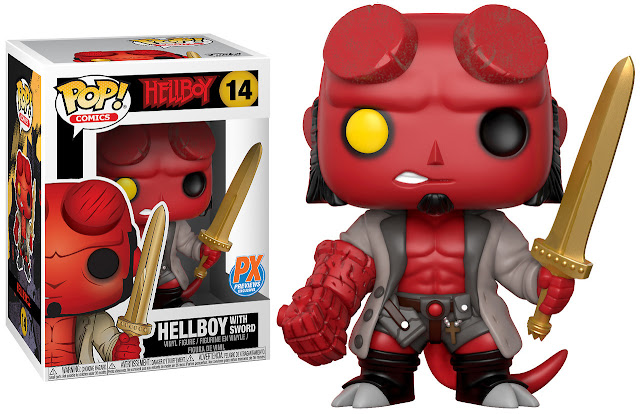 Posted by The Association for the Advancement of Scholarship and Teaching of the Medieval in Popular Culture at 11:59 PM