Where is Arthur Today?

In these dark and troubled times, I often wonder where is Arthur today? Where can we find inspiration to make the world a better place?

One answer can be found in Captain Britain No. 2 (20 October 1976). In Chris Claremont's origin for Captain Britain, researcher Brian Braddock is faced with a choice. Merlin and his daughter Roma (their identities revealed as the series progressed) seek for him to become their champion, but first he must decide what kind of person he is. 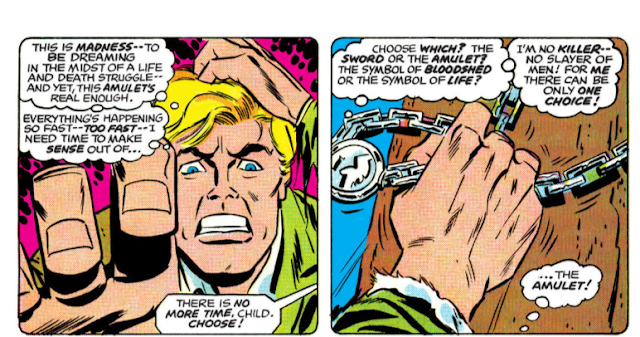 His option are inspired by the words of T. H. White and Alan J Lerner and Frederick Loewe. Here, Claremont reminds us that the Sword of Might is not something we should be wielding (especially against others). Instead, the Amulet of Right is the talisman to invoke if we want to do the proper thing.

Braddock (to paraphrase from the Grail Knight in Indiana Jones and the Last Crusade) chooses wisely. A bolt of energy strikes the young man and imbues him with power. 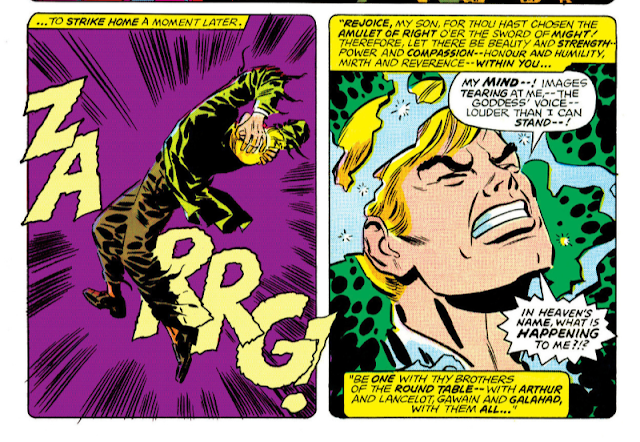 As this occurs, Roma, pronounces on the virtues that Braddock has shown he possesses and links him firmly to the ideals of Camelot, as the new hero is revealed. 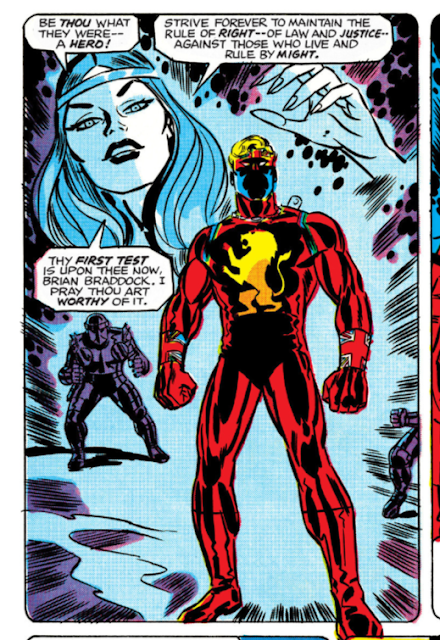 The complete origin can be found in issues 1 and 2 of the series; both are available on comiXology at https://www.comixology.com/Captain-Britain-1976-1977/comics-series/85220.

Posted by The Association for the Advancement of Scholarship and Teaching of the Medieval in Popular Culture at 11:32 PM No comments: