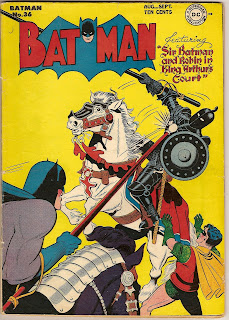 DC will be reprinting the classic story "Sir Batman At King Arthur's Court!" from Batman No. 36 (August-September 1946) in January 2013 as part of the Batman: The Dark Knight Archives Vol. 8. This is an interesting Connecticut-Yankee-type story pitting Batman against Mordred and Morgan le Fay to save Merlin and Camelot. 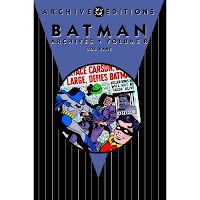 Written by: Bill Finger
Cover by: Jerry Robinson
Color/B&W: Color
Page Count: 248
U.S. Price: 59.99
On Sale Date: Jan 23 2013
Binding: Hardcover
Posted by Blog Editor, The Association for the Advancement of Scholarship and Teaching of the Medieval in Popular Culture at 9:13 PM No comments: