I recently came across the following papers in the program for last year's EUPOP conference (program at http://eupop2013.wordpress.com/program/). The abstracts are still available online at http://eupop2013.wordpress.com/program/abstracts/, and Kontturi has blogged (unfortunately not in English) about the session (with pictures) at http://kontturi.blogspot.com/2013/08/eupop-natsizombeja-ja-kuunatseja.html.

This article analyzes the portrayal of Morgan Le Fay in the comic book Madame Xanadu within the context of earlier comic books and of medieval literature. I argue that Morgan Le Fay is steadily becoming more monstrous by looking at other popular comic titles such as Dracula v. King Arthur and Camelot 3000 among others. Morgan Le Fay has traditionally been an easy target for literary misogyny as she is often associated with both sexual agency and a lust for power. In Madame Xanadu, the author and artists have imbued Morgan with these traits and then drawn her as a violent power-hungry Amazon warrior, the ultimate sexually deviant virago in the medieval and modern imagination. Morgan’s image contrasts sharply with that of the main hero, Madame Xanadu (aka Nimue), Morgan Le Fay’s sister, who is demure and “natural” and submits to the power of men. This book offers contrasting dichotomies of womanhood that clearly envision Morgana as the unnatural, destructive and monstrous Evian woman whose bid for agency, sexual autonomy and power consistently meets with punishment and reprimand by her more Marian sister. Her contrapuntal role allows writers and readers to define that which is normal, right and good through their understanding that Morgan is inherently abnormal, wrong and bad. Thus this comic stereotypes medieval women as being either an Eve or a Mary and uses the popular image of the Amazon to stress how monstrous and unnatural Morgan Le Fay and all women like her can be and to justify their being defeated and destroyed in the end.

From the 1950s, so called Comics Code defined the prohibited contents of comic books in the United States. It listed the subjects that were not suitable for children to whom comics were directed. Dell Comics was the only publishing house producing Disney comics, but it never followed the Comics Code. Since Disney comics were cute and funny animal comics, the fear of excessive violence and nudity was not the question. However, Dell Comics had their own codes on which topics were not allowed in Disney comics. One of them was religion. During his career, Carl Barks broke quite many of these “rules”, and his successor Don Rosa has taken Disney comics even further. Death, love, hinted sexuality and historical continuum have never before been seen in Disney comics.

This paper concentrates on the Christian symbolism that Don Rosa has used as a part of his comics “The Once and Future Duck” (1996) and “A Letter from Home” (2004). The symbolism is actualized with the two mythical symbolic objects of Christians: the Holy Grail and the Arc of the Covenant. My aim is to study the use of these symbols, what are their functions in the narrative? Are there Christian values present in the comic or do the objects only offer a price in the end of Indiana Jones type of adventure?

Posted by The Alliance for the Promotion of Research on the Matter of Britain at 9:37 PM No comments:

James Heffron has started a Kickstarter campaign for a new edition of his graphic novel Gangs of Camelot. Details at https://www.kickstarter.com/projects/1778370567/gangs-of-camelot. The pledges are fairly modest and most include a copy of the published work.

I wish him luck and hope you'll consider pledging. 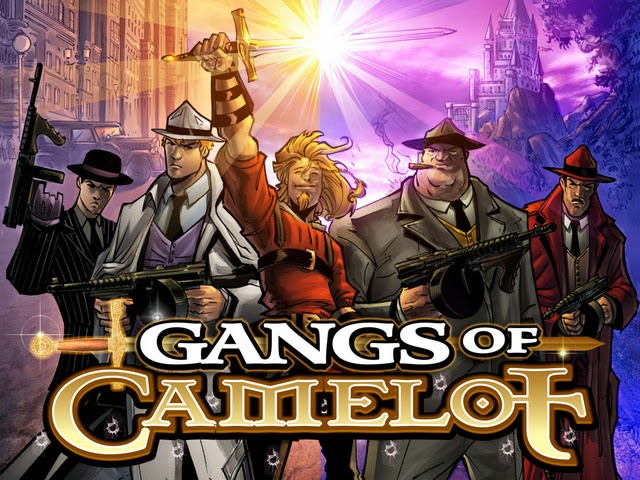 Posted by Blog Editor, The Association for the Advancement of Scholarship and Teaching of the Medieval in Popular Culture at 11:00 PM No comments:

I think these are the most Arthurian-themed comics papers I've seen at a conference and it is certainly a bold topic for a conference that is often limited to traditional texts and media. Sadly, one needs to be in Romania this summer to hear them. (Please publish your work!)

Posted by Blog Editor, The Association for the Advancement of Scholarship and Teaching of the Medieval in Popular Culture at 8:30 PM No comments: 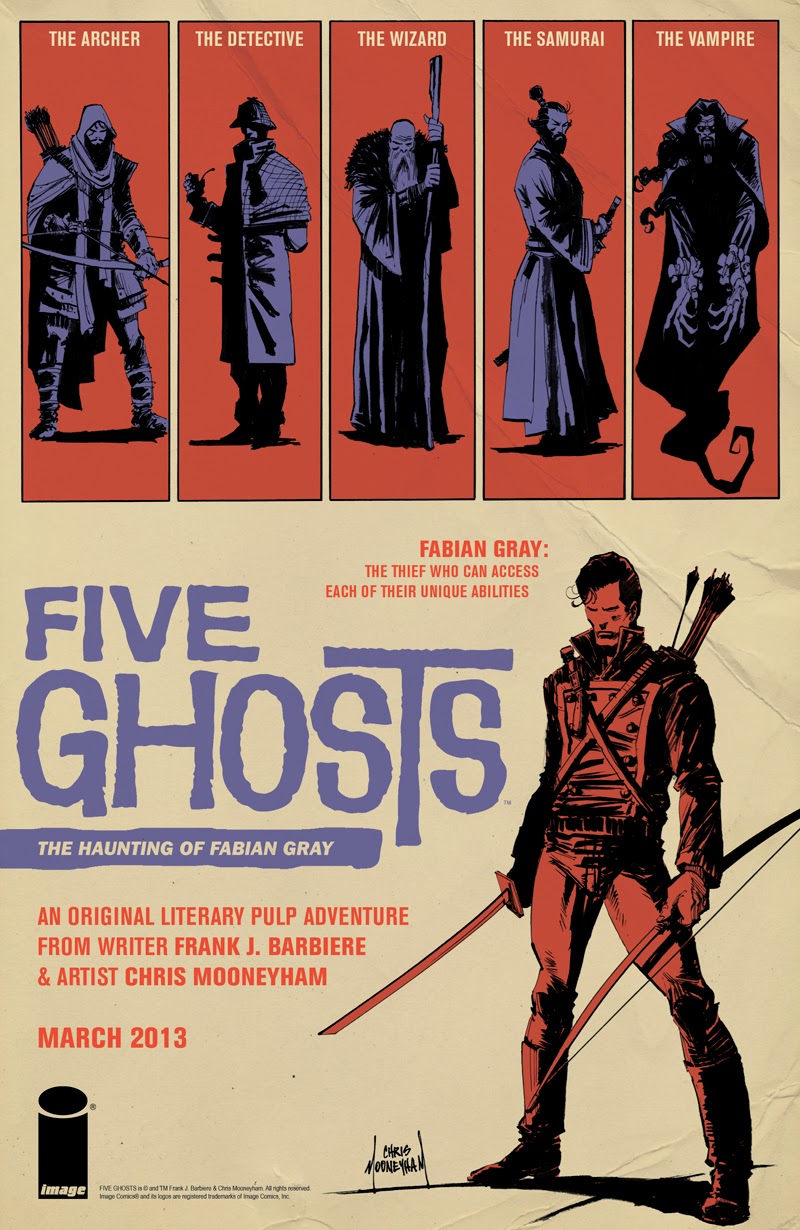 Beginning in 2013, writer Frank Barbiere and artist Chris Mooneyham launched the series Five Ghosts. The first five-issue arc (now available in a collected edition) introduced the series' protagonist, Fabian Gray, and his associates. Gray, previously in contact with a mystic artifact called the Dreamstone, can access the skills and abilities of five literary figures (see promotional art). Among these individuals are Merlin, Dracula, and Robin Hood, all favorites of  readers of medieval-themed comics. Further details about the series can be found at the publisher's website at http://imagecomics.com/comics/series/five-ghosts.
Posted by Blog Editor, The Association for the Advancement of Scholarship and Teaching of the Medieval in Popular Culture at 11:18 PM No comments: