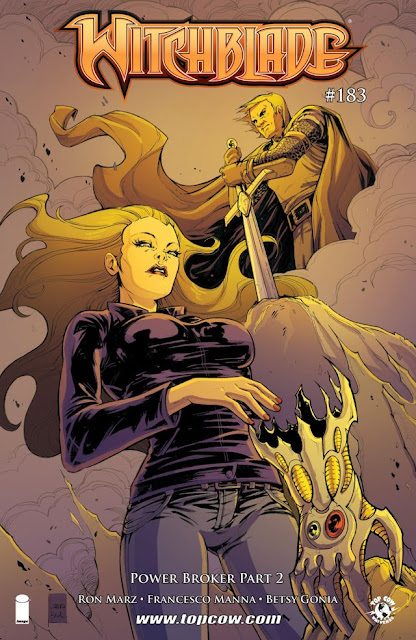 The most recent issue of Witchblade No. 183 (available from comiXology) appears to feature an image of a young Arthur drawing forth the Sword in the Stone. This would not be the first time the series has addressed the legend (see Alan Stewart's Camelot in Four Colors), but is it a legitimate link or am I seeing Arthur where he is not?
Posted by Blog Editor, The Association for the Advancement of Scholarship and Teaching of the Medieval in Popular Culture at 10:35 PM